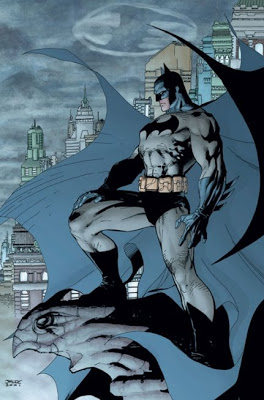 I don’t know about you, but I’ve always loved Batman.

Like, always. I had Batman pajamas when I was little that even had an attachable cape. I have a hardcover guidebook to the whole Batman universe. And I have the box set of Christopher Nolan’s excellent Dark Knight trilogy.

So I’ve always been a fan. Anyway, here’s some musings I’ve had on the character of Batman and why he’s so compelling, not just to me, but millions of other fans.

More than any other superhero I know of, Batman acknowledges the suffering of life. He faces it, stands against it. Batman’s backstory (like most superheroes to be honest) is defined by tragedy. Now, yeah, it makes good storytelling to have tragic origins. It makes the character sympathetic and gives them a reason to become a superhero in the first place.

Losing your parents is a far better justification for fighting crime than just being bored one day and thinking of something to do.

Superman has the destruction of Krypton. Spiderman has the death of dear Uncle Ben. One Punch Man couldn’t find a job. Every superhero has a compelling reason to be super.

Batman has the murder of his parents. Batman’s is certainly a bit more dark than some of the other origin stories out there. He witnesses the murder of his own parents while a boy. He probably got their blood on him. That’s an event no one is going to forget.

Understandably, that moment defines the rest of Batman’s life. Instead of giving into despair or fear however, Bruce Wayne decides to act. He decides to transform this dark moment in his life by turning into a symbol of hope for some and a symbol of fear for others.

Batman defends the weak and innocent. He seeks to prevent the same tragedies that changed his life from happening to others.

We all face moments in our life that almost destroy us. We lose loved ones. We become addicted to something destructive. We sink into endless depression. Batman gives an example of how we could, perhaps, transform our tragedies into something constructive. Maybe we could help those who suffer the same things as us.

I find Batman much more relatable than an immortal alien prince. Batman is vulnerable. He dresses as a bat, something he was scared of as a child. In a way, Batman never stops completely being a scared and lonely child. But instead of wallowing, he rises up and turns his vulnerability into strength.

Gotham is a dark, crime-ridden city, yet Batman fights for it. He sees the good people, as few as they are, and lets those few redeem the city for him. Batman finds the good even in a seemingly bleak and hopeless world.

Batman does what he does not for glory or vanity, but because he knows it is right. Again, it’s a superhero trope to have a secret identity and costume, but with Batman it really has an impact. Bruce Wayne is such a high-profile character that it really means something that he hides his identity as Batman.

Batman has found his purpose in life. He has a mission which is greater than himself. People spend their whole lives searching for the same thing. Batman found his calling not in a distant country or in a glamorous profession, but in his hometown. In anonymity. He is satisfied by serving his higher purpose and not himself.

Another comic book trope is to have the heroes never kill their villains since this would mean the writers having to create new bad guys every week. With Batman they most successfully turned this trope into a cornerstone of his character. Batman does not kill. Period. Batman does this out of a sense of higher morality. In effect, he respects the humanity of his villains. They aren’t simply “bad guys” who need to be defeated. They are human beings. Many of them are deranged, but that does not stop them from being human beings. Many of them are murderers. Batman is not.

This is where it gets really interesting. I think Batman’s no kill policy works so well and is so believable because, had life gone a little differently for Bruce, he would be like the Joker. Batman has every reason to hate criminals, to even want them all dead. Instead of choosing darkness, however, Batman chose life, or rather to preserve life. Even the life of his most hated villains.

It is only Batman’s sense of moral truths that sets him apart from the Joker. Both have tragic back stories. One chose good, the other evil.

Batman is also so defined by his villains. Without the Joker, Bane, Mr. Freeze, the Penguin, and all the rest, It’s Batman who is crazy. A billionaire dressing up as a bat and running around at night, punching criminals in the face. But because the Joker exists, Batman logically exists as his dialectical counter.

Batman’s villains also do such a good job of mirroring aspects of Batman. Every good villain should have aspects that mirror or directly counter aspects of the hero. Like I said above, the Joker is a kind of anti-Batman. The Joker has no tragic past. The Joker is cunning; a criminal mastermind while Batman is the grizzled detective foiling his crimes. While Bruce struggles to maintain the balance of his two lives, the Joker’s criminal identity completely subsumed who he was previously.

The Joker has no boundaries, no rules. He is chaos incarnate, as represented so perfectly in Christopher Nolan’s film The Dark Knight. He is the only one who sees the twisted humor in how twisted and corrupt Gotham is. Even the way Joker dresses is a direct contrast to the dark blacks and grays of Batman’s costume.

There’s a yin-yang dualism going on between the Joker and Batman.

Two-Face represents the duality of Batman, as well as a warped sense of Batman’s strict sense of justice. Two-Face has justice but without Batman’s compassion. The Penguin is a bitter Bruce Wayne without Batman to channel his passions. Even Catwoman is Batman as an anti-hero rather than a true hero.

Even though he is a billionaire orphan, Batman is and always will be just a man in a costume punching bad guys. No powers. No alien home world. Just a human being who suffered tragedy, finding a constructive way to channel his anger and anguish by fighting for what is good and just. Batman takes a stand when others wouldn’t out of fear. Batman fights against evil and insanity without hating it or seeking its destruction.

Batman acknowledges that life is suffering. But he is determined to do what he can to lessen that suffering for others. His feelings of loneliness and fear are transformed into weapons and armor. And no matter how mighty Batman is, he is still human. He himself is still vulnerable, even when wearing the cape.

Stephen
View all posts by Stephen →